Ah, NAB. In the world of video, or any media production really, NAB is like being a kid in a candy store. Basically, once a year in Las Vegas all the biggest video equipment and software manufacturers come together to show off their newest and best. It’s also one of the only places you can walk up to a well-into-the-six-figures camera build and ask to pick it up, only to hear, “Sure, of course”.

NAB has many facets, from classes to practical workshops. But my favorite part is always the show floor, where you get to go hands-on with the gear you usually can only look at online. It’s a great resource to figure out what you should be looking out for in the year to come and manufacturers know that. So whether it’s just-released, or new-to-me, here’s my top five of the NAB Show Floor Ok, this has been out for a while, but it’s the first time I’ve put my hands on one in person. Basically, they took all the complaints people had about the SpeedLock 75 Tripods, and a bunch of other issues, and fixed them all. Then made it even better.

This tripod is made of an extruded carbon fiber profile that has convenient lock on the top, not the middle, so it’s easily in reach. It has a built in spreader at the top, or if you need something a bit more robust you can always add one in the middle or a floor spreader. Your choice. Plus it mates easily with 75mm and 100mm tripod heads. There are even magnets on the bottom in place of the now-feels-old-school cord to secure the legs. It really does seem like they thought of everything. This thing is a jib on a SUV. Yep, a jib, but on a high-performance SUV. Basically for about $50,000 you can buy the system or simply rent one for much cheaper. Then, just mount it to your standard issue Lamborghini Urus SUV and boom, you’ve got yourself a nice combo.

Seriously, in person this thing was awesome. Basically the driver drives, the front right seat is for the director, and the other crew operates the camera from the back. Would I want to put one of your cameras on it and swing it around? Yes, but also no. Glass ain’t cheap. But I still want one…. We’ve made many videos for industrial clients, and the coolest ones often have 3, 4, or even 5+ axis robotic arms doing numerous high precision operations. Well, what if you took one of those high-precision arms and made it specifically for cinema cameras. Seems like a match made in heaven, and it is.

At the show they had multiple displays showcasing this precision technology, which basically can do whatever camera move you want in the blink of an eye. This allows ultra high-speed cameras to gain cinematic motion that is actually visible on camera, which is no easy feat. These things are really a high-budget-only option, but man, are they cool. Wait, what? A hard case being in a top five. Yeah, it’s that cool. Anyone who has been around a PEG shoot knows we’re a little particular about our cases. We often times do 3-5 shoots a week, and when things get busy it’s important that our gear is not only protected, but organized. The trend over the last several years has been to go towards Pelican cases for their Made-In-America legendary durability, plus their awesome TrekPak system. However, this year, this case from SKB had us playing around for nearly a half an hour in the middle of the show floor.

For live events, road case are surely a great choice. But oftentimes for small events, they’re unnecessary and can be nearly impossible to fly with. This case from SKB houses 4RU of rack gear in a roto (Pelican-style) case, plus wheels, plus carry handles, plus a clever lid design. Basically, you pop off the front and back of the case (Same old, same old), but then the top comes off to reveal a convenient laptop holder. You want to cable-manage? Easy, the whole top pops off and you get easy access to all the back-side ports of your equipment. There’s also a hidden storage area for power cables. Nicely done, SKB. This little product is something many people are really excited about. And to be fair, it is a nice product and one of the coolest things on the show floor. But to be honest, it left me feeling a little “meh”. Basically, this is the latest in the recorder/monitoring series from ATOMOS. It’s great, it’s a nicely featured recorder that uses primarily SSDs to record ProRes (Including RAW) and a new fancy Dolby HDR recording and playback protocol. Which is cool…but they left out the expansion module from the Ninja 5 recorder/monitor they also offer.

What gives? Why release a new cool expansion system, then leave it off your flagship product? They also added switcher functionality….in a 7” preview monitor? I mean honestly, who is cutting a live event on a monitor the size of an iPad.

A nice product, and worth a look, but it strikes me as a lot of effort in strange directions. 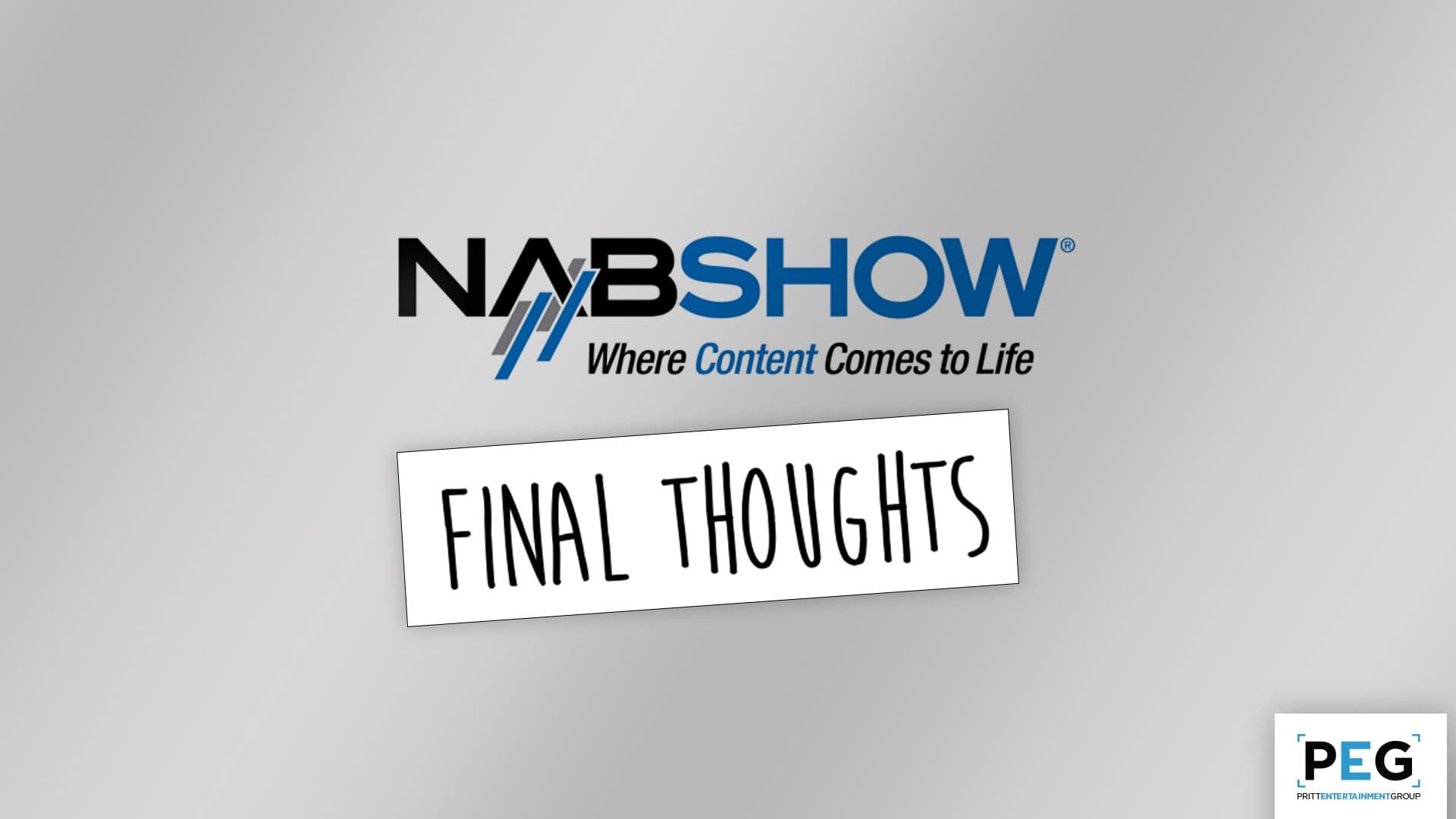